If you have to ask… Blodgett Experimental Forest, CA © JP Defaut 2017

You all know better than me how American traditions run deep: July 4th, Veteran’s Day, Memorial Day to name a few. Having relocated from London to San Francisco a few years ago to reduce my phone bills with Maïa, I had yet to experience what I thought was the ultimate American tradition: Thanksgiving. Well, Kim Young aka Velocette Girl, Lanora Cox, and Jeff Scott took care of that one, with all the trimmings, it was proper! We chatted and prepared food in the kitchen, then moved to the dining room where I was inducted by these epicurists to a “foodie” experience that I will savor to the grave. At some point, the conversation went from food to bees and inevitably to motorcycles. And then, wearing his hand-knitted navy sweater, gold logo scripted across the chest, out it came: “So you’re coming to the Velo rally.” Jeff said. “I don’t have a Velo,” I replied. “You don’t need one,” he confirmed, as he sat back in his chair licking the paper of his roll-up, “Just come.” There was an affirmation in his tone. Like it was obvious to him that I would discover something I didn’t know existed, something I’d enjoy, something that went beyond a motorcycle.

And that’s all it took, a few Californians to introduce me to a motorcycle that was manufactured 104 miles from where I grew up. Sure, I’d seen them over the years in England at various bike events, but seldom on the road. When Verralls were still in Tooting, I remember the black and gold livery as I window licked on my lunch breaks during my late teens. But prior to the internet and more recently social media, magazines and the occasional rare book was all you could hope for. Clubs had little visibility and knowledge to keep them going was scarce. On the other side of the pond however, the Velocette community as I’ve come to know it is something else. Eccentric, eclectic and above all, esoteric. Owning a Velo requires all those adjectives and a few more. The fact that a Velocette requires so much attention is part of its charm, but that’s not for everyone. “Don’t buy a Velocette” they said, “It’s a mechanic’s bike. Buy a real bike like a Triumph or a Norton.” It is widely thought that Velocettes were mostly designed at the Christmas party! How quintessentially British.

‍
There were many things that aligned that year: Paul D’Orleans generously opened many a garage door for my photographic exhibition/book on motorcyclists (launched in 2016), and the Thanksgiving banquet at the Young’s residence which sowed a seed to dig deeper into the Veloce community. The cherry on the cake was, of course, the 2017 1000 mile ride in The Sierras. I can still hear PDO on the phone to Alan Stullberg of Revival Cycles in Austin: “There’s nothing else like it! These guys are the real deal. We may not see this for much longer…” Needless to say, Alan packed the van with as much old British junk that would fit, and Josh came with him. I, on the other hand, rode Bavarian all the way from San Francisco on a borrowed R69s. Little did I realize the abuse that would follow: A Frenchman from London, riding a German motorcycle at a British motorcycle rally in California… Welcome to VOCNA!

As the week unfolded, the warmth from the club was infectious. A shared house with Paul, John and Sue, Debbie and Neil, and the Revival crew was a great way to get to know people and discover the essence of the club. Frequent roadside pit stops, meeting other club members over a coffee or at a petrol station, getting lost on one day clocking some 320 miles really broke me in! The scenery, the roads, a chance encounter with Dick Mann no less, the trees, the smells, the change in temperature and humidity were … Well, you know, maybe this was my Thanksgiving.

By day 4, that all went up a few notches. A spare Velo was available. A green Viper no less. Kick start routine explained followed by descriptions of “pinging” that might occur. “Be prepared to pull the clutch in quick before it throws you off. Let it cool off for 15 minutes and you’ll be good to go.” WTF? So they are engineered at the Christmas party. I forgot about the pinging thing. I was too excited to be finally getting my leg over Birmingham’s finest and set off. I think it was love at first ride. I was bowled over. This thing was light, handled really well on the Auburn twistys, and, was surprisingly quick. The thing also stopped when required. Since I’d had no expectations, it was easy to immerse myself. Above everything else, I needed to feel it. From the chassis vibrations to the throttle response, the sound of the engine, the noise of the exhaust and that single repetitive thud that drives you forward. Basic, raw but magical.

Unexpectedly, I found out about the pinging on a few occasions and remembered to do the necessary: pull the clutch in to save myself, and the Venom. In the late afternoon, after the 6th time, we agreed it was time for the truck before more damage was caused. And just like that, Velocette Girl broke my Veloginity…

As traditions go, the 1000 mile Veloce Rally is “in a league of its own”. A wonderful experience of time travel, with interesting, kind and above all, generous people. The bug has bit, and I’m hooked on the rally as much as the machines. At a time when we are all distanced from one another, not just geographically, but now socially distant due to COVID-19, it’s strange to think that such a small yet unique tradition hangs in the balance and is putting a lean on the community. Sure it’s just a ride, and can always be rescheduled. But in the modern world, where custodianship is dwindling, the importance of such a fixture which keeps these historical machines on the road, sharing time and knowledge still has purpose and meaning for us all. It’s all we have, why we’re here and that’s plenty. 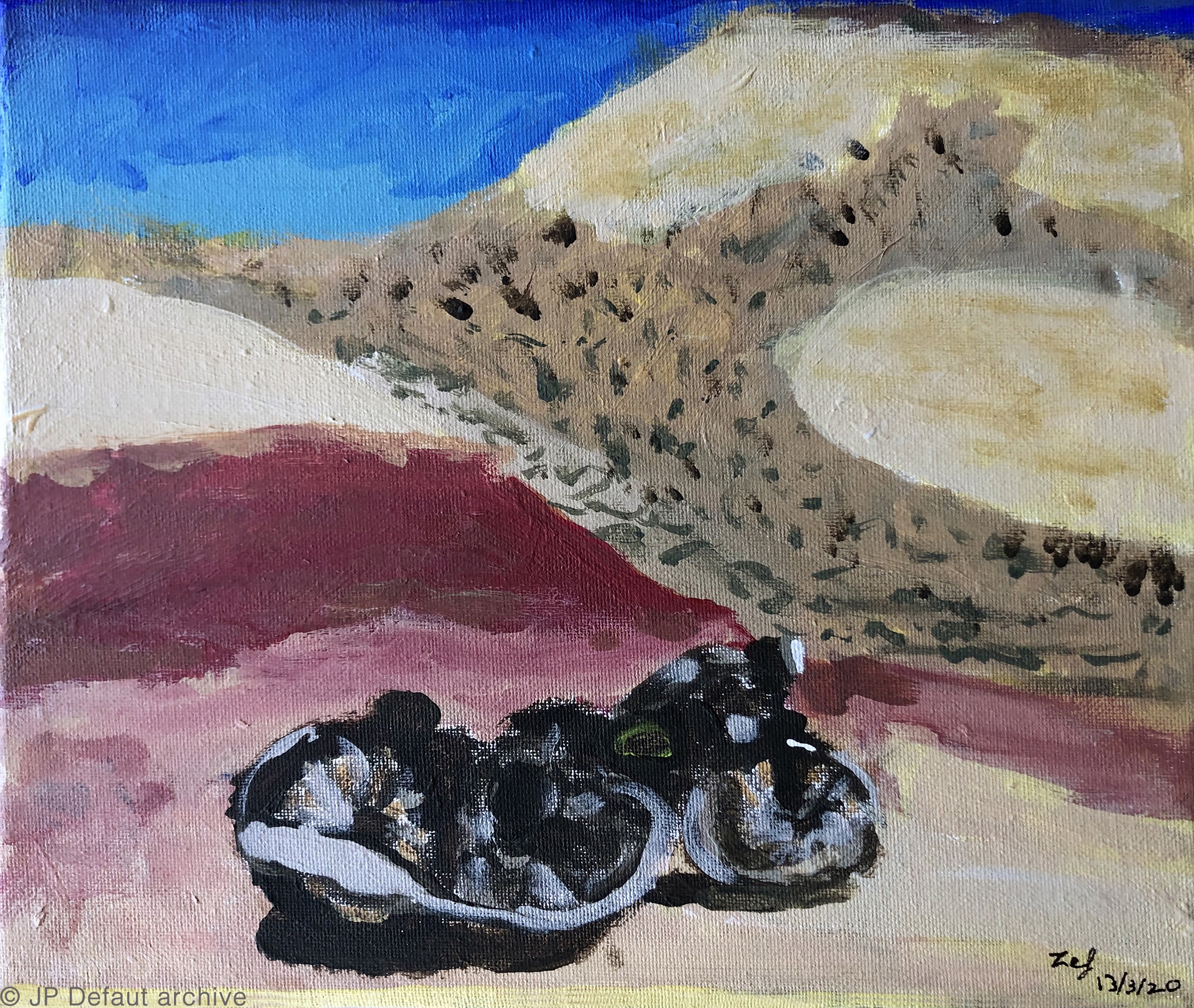 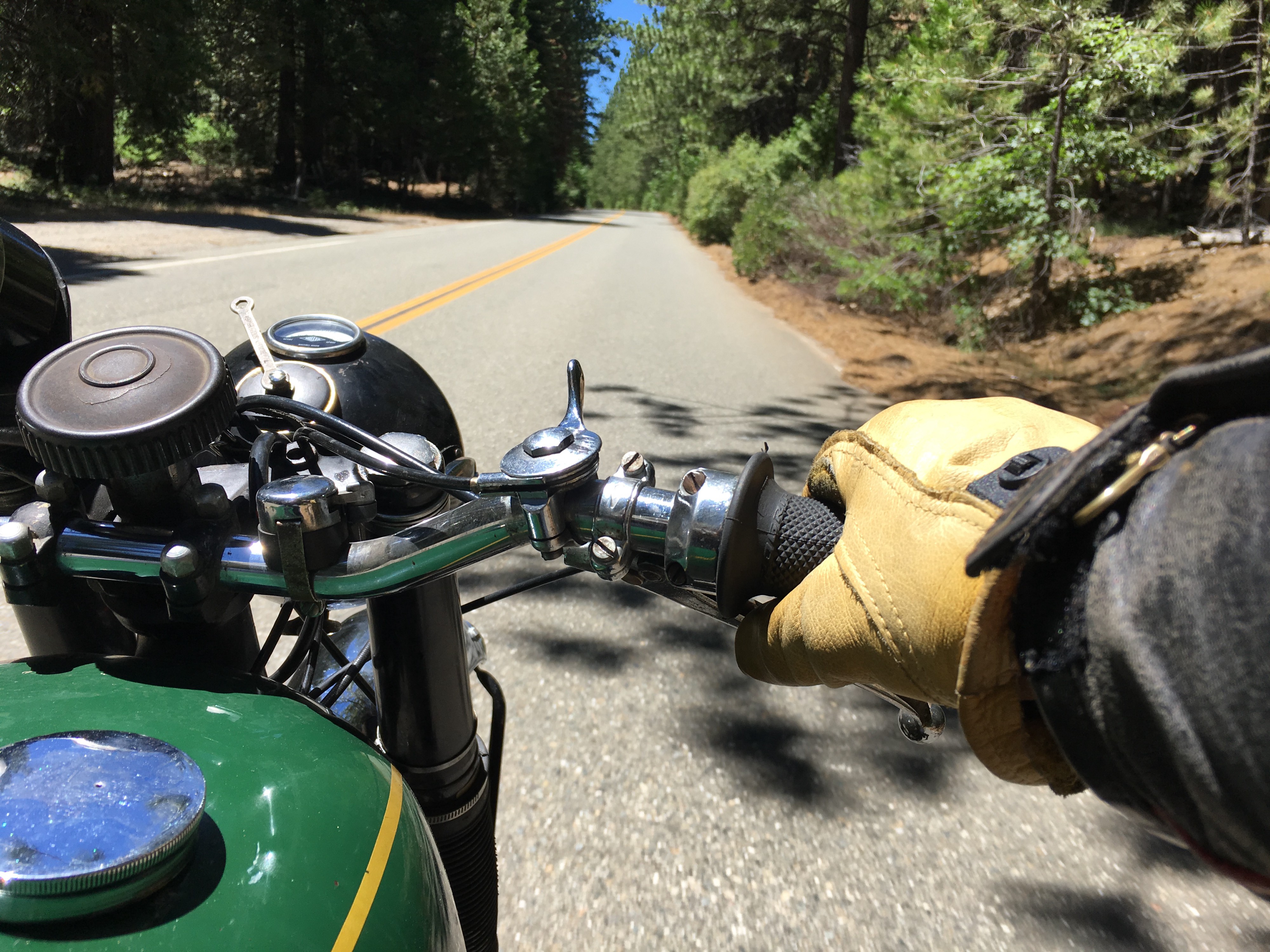 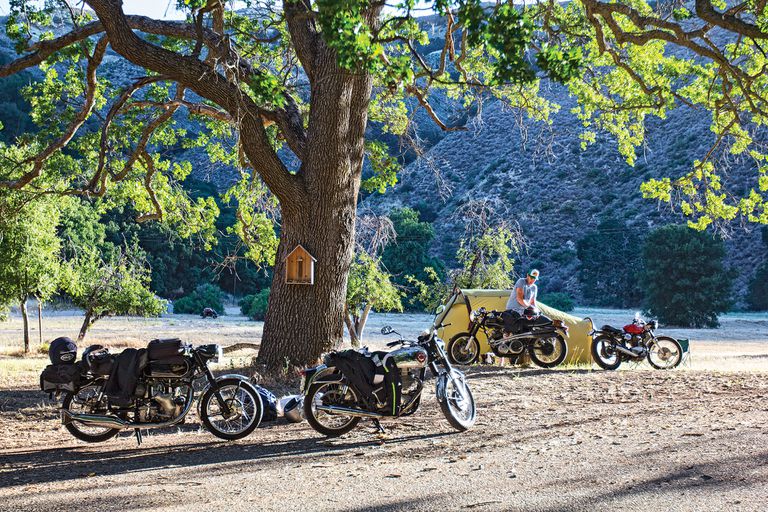 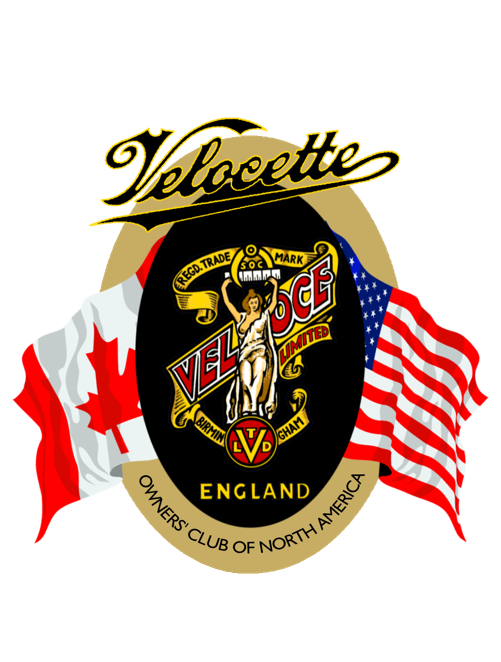